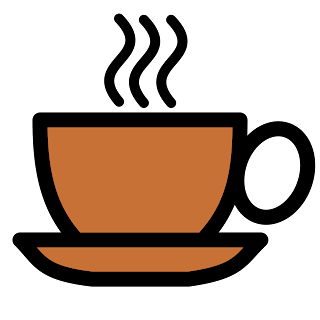 Great! It’s one in the morning and I’m still wide-awake. Thanks to my companion for more than fifteen years: coffee. It’s effect on me never fails. I just had a cup of instant coffee after dinner and here I am, very much awake, alert, and alive (not that enthusiastic though, haha!).

I’ve started to have a relationship with this buddy when I was twelve (I know, I was way too young but I just love it). The bond between me and coffee is going strong as ever. I became more drawn to this alertness-enhancing beverage back in college when I had to read stacks of lecture manuals until the wee hours of the morning. I thought it’s going to end after I graduate. I was wrong to believe that 😂.

When I used to work call centers, my bond with the aromatic brew became stronger. I wouldn’t have survived the graveyard shifts if not for this wonderful caffeine-packed decoction. Back in the days when I had to stay up from 10PM until 7AM, my average consumption’s around several cups (each cup is about 240ml) for the entire shift. It’s like coffee’s running through my veins. When I can no longer feel that caffeine rush, I had more than the usual, making my body tremble after shift. Hah! Those days.. I know. Less (almost none) sleep + Caffeine, bad combination.
Then I thought when I became a mom, a caffeine fix wouldn’t be necessary anymore. How wrong I was again! Taking care of my son requires me to stay up late to feed him. Therefore, coffee’s there, again, to the rescue.
As a child, I was often told that it’s not good for me, and now I know that it’s not as it has some adverse effects on our body. But being the stubborn kid that I was, I didn’t listen, haha! And I’ve found through research that coffee is loaded with plenty of antioxidants preventing free radicals that cause cell damage in the body. That meant that coffee could act as preventive agent for getting old (yeah, I am actually aging–err, old, so I’d like to know how to delay it, hahaha!).
I know I’m getting a lot of benefits from drinking lots of coffee. Being able to stay up late when I’ve got projects to work on is one. This benefit alone turns out to be a drawback as there are times that I’d like to sleep early but I obviously can’t (just like now). And I know that doing something (like blogging) while caffeine is very much active in my blood just makes it worse. Now, even if I stop what I’m doing and try lulling myself to sleep with the nocturnal sounds from outside, the land of oblivion is still going to be a far destination.
Well, though coffee might not be the best thing to turn to if I want sleep, this won’t keep my hands off of a steaming mug packed with activity-inducing caffeine. Nah. Nope. Won’t. Stop.
call center food and beverage musings ramblings
Write comment
3 mins read