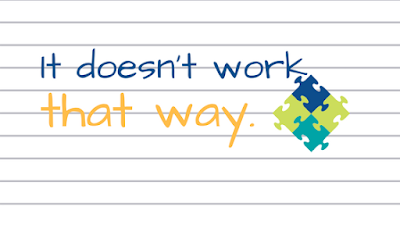 Alright, I get it. I know it’s hard to not know what to say (or how to react) when I say my son has autism. Not your fault and I know you don’t mean any harm. But I guess you could be a little bit more cautious blurting things out, rather than looking dumbfounded after saying something you shouldn’t have in the first place. If you haven’t got any clue, here are some of the comments we get, as parents of a child with autism, which we’d appreciate more if you don’t say them at all :). I added a bit of information, too, so you’d understand why:

Autism can be managed. Being born with it means we can manage and teach the kid to “behave” otherwise. But he would still have “spells”, because he was born with those. He may learn how to control his stimming (here’s a video of how it looks like: Stimming) , shaking his head, looking sideways, and whatever. But outgrow these quirks? No, it doesn’t work like that.
There would be cases where the diagnoses were incorrect, or it’s just that the diagnoses were replaced with a new one. It may only look like some children may have outgrown it but the autism doesn’t really go away. Here’s an explanation about it from TheHuffPost.

“THERE’S THIS STRATEGY THAT ONE OF MY FRIENDS USED, AND NOW HIS KID IS DOING REALLY WELL.”

Just because you know that someone else’s kid’s autism “miraculously” disappeared by following a certain program, it doesn’t mean that it will do wonders for our child, and for everyone else. It doesn’t work that way. Autistic children fall under different levels (that’s why it’s called ASD–Autism Spectrum Disorder). Some kids may be high-functioning, with impairment in social and communication skills, some other would not talk, nor look at your face at all when you talk to them. A program that may have worked for high-functioning autism, will not work on low-functioning autism. I mean, they are already different. And among these “different” children, they are also different from each other. No two persons are alike (in looks, preferences, etc), even identical twins.

Because he is. He’s like any other kid. Autism is a “different” kind of normal. You see, according to Google search, normal means “conforming to a standard; usual, typical, or expected.”. What’s that “standard” that you think my son needs to conform to? All I know is that he’s a child, like your child, his, her child and everyone else’s child.

Again. let me point out how different types of  ASD could show in different individuals. There’s high functioning (which, I assume, by now, you know that my son falls on this category), there’s low functioning, and the rest in between. Some signs may be identical in two different persons, but no two persons could have the same exact manifestations, with the same level of intensity.

“OH, YOU CAN CHECK THIS/THAT BOOK/WEBSITE..”

Like the first point I raised, this is almost the same thing. Books and other resources help open “eyes” about various characteristics, as well giving tips on handling. They give general ideas but don’t necessarily target specific needs per individual. Plus, when I and my husband learned about our son’s condition, we tried to read up as much as we can, so yeah. Thanks, but no, thanks. We might have read way more than you did. We’ve also consulted several specialists and it would be an insult to their years of studying this field and experience if a book can “replace” them.

“YOU MIGHT BE GIVING EVERYTHING TO HIM (READ: SPOILED)”

This would probably be the most annoying thing that an autism parent has to hear. While an outburst may look like ” temper tantrums ” to you, to us parents or carers it is “meltdowns”. One has to understand the difference to know which of the two you are witnessing. For the kids without autism, they throw temper tantrums  due to frustrations out of things they were unable to achieve ie cannot get the toy they want, don’t like to obey what they’ve been told, etc. Meltdowns, on the other hand, are due to sensory overload; there’s information/sensation that’s too much for individual to handle. It may look like a tantrum as there would be crying, yelling, etc.  But it’s different.

Please keep in mind that kids with autism do not throw temper tantrums; they are easily overwhelmed and they tend to go on meltdown when it happens. It’s not because they lack discipline. It’s the way their feelings/minds work to cope with the overwhelming situations they are in.

With that being said, I’d like you to understand that having a child with autism is already a challenge. Please cut us some slack and help us make things a bit easier.

Don’t be, because,as his parents, we’re not. It’s not anybody’s fault that he has autism. The least that we need is pity. Having a unique kid isn’t something to be sorry about. It may look like it’s a sorry situation to you, but we’re doing all that we can to make the best out of everything we have on our plate. It is difficult but we’re happy with what we do and the joy that our son brings, so, again, no thanks. We don’t really want those apologetic looks, as if it’s the end of the world for us. It doesn’t really work that way.

We’ve heard a lot and I know other autism-oriented blogs out there has voiced them out. Children with autism, together with their parents/carers, are also people. We have feelings, just like everyone else. We get hurt, we get offended. Just like you, when someone says you’re fat, or when someone says you’re too thin. Different words but same effect, right?

How To Enable HTTPS For Your Blogger/Blogspot Blog

Matt’s Artwork, Valentine’s Day, And The Little Car That Could