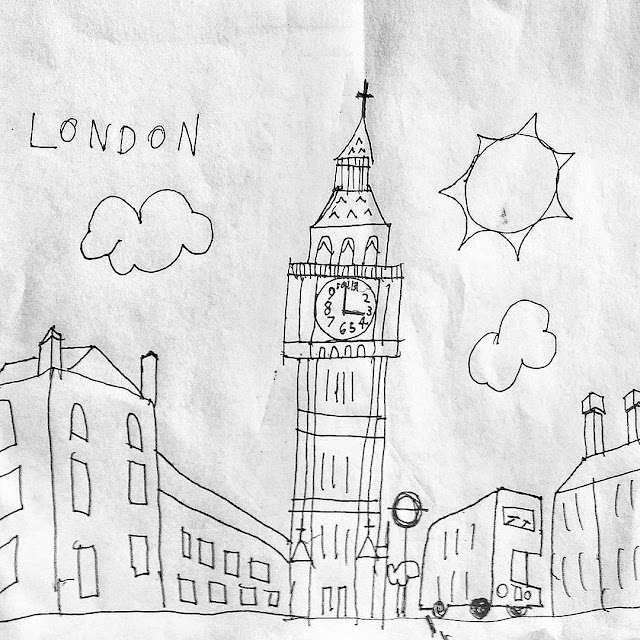 Here’s another one of the many drawings my son made (He just can’t get enough of the Big Ben!) Most often, I see him just doodling but I always get surprised of the outcome. It still amazes me how he can draw and use different styles ie a bit like the real thing, cartoon-y, etc. For a kid like him, it is also surprising that he can do one point perspective drawing; I didn’t learn this until we’ve had this class back in junior high. Okay, enough of that haha! I guess I’m just one mom who’s so proud of her son with autism, achieving something that typically developing kids may achieve later in life. He may be “kulit” at times but still, he’s my son and I love him to bits.
Now, if by any chance, you stumble upon my blog, I’d like to greet you a Happy Valentine’s Day 🙂 I hope you spend this special day with the people (and pets, too!) you love, in any way you want. Spend it as if it’s your last. But it doesn’t really have to be only on February 14th, once a year. We can do it any day, right? Right. Spread the love!
Okay I feel like this is going to be one lengthy post (don’t say I didn’t warn you) so if you have little time, you can come back later.
BUT if you’d really like to know what I’m up to these days (apart from blogging some boring stuff, and what-nots), by all means, read on. 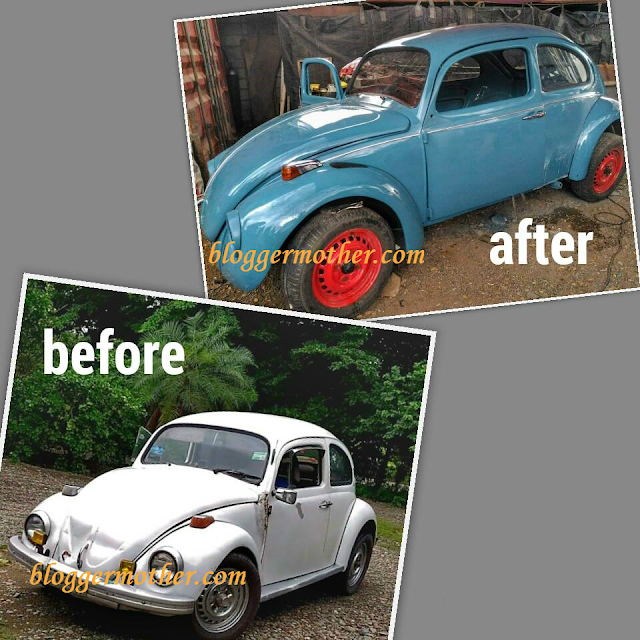 Alright, the kinks on the “before” image may not look much, except for that huge dent on the hood and some paint chipping. The initial stages of restoration was scraping and dismantling everything to bare metal. The paint was finally stripped. Lo and behold! It’s as if we’re looking at scrap metal, peppered with holes and rust almost on every spot. I won’t upload all photos of the whole process (the images would take up a lot of space) as I my connection (Globe sucks!) may not “hold” (it’s been really spotty these days).

We acquired this rust bucket (teehee) back in the middle of 2016. I bought it from my aunt who just got a new car at that time. We got it for very small price (just imagine, you can buy one of these for the price of an iPhone–even lower) and we’re happy since it’s been used as a daily driver.

It stayed in a local “talyer” for about three weeks for mechanical repairs (drum brakes, clutch disc, etc) before we brought it in for body metal works and paint job. The metal repair and paint job were all finalized in the second week of February 2017 and we’re just waiting for the wiring to be finished. My husband took care of overseeing the whole process everyday while I and my son get to visit during Sundays.

Boy, the headache (and bank account hemorrhage 😀) this has brought. But look at it now. To some it may just be another old car that’s repainted. But to us, this bug is a new member of the family. We’ll ride to places we’ve never been to and revisit other places that we’ve been fond of with this small car that could.

🍷 to another good and fruitful year (a very late new year greeting 😂)! Again, happy Valentine’s day to you all, my friends.