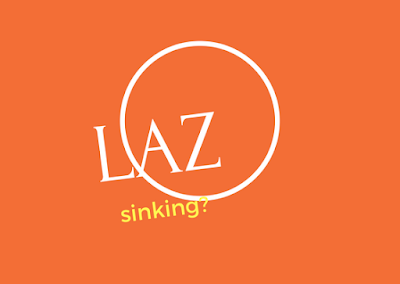 In November of the year 2015, I posted about my great experience with shopping for a Lenovo laptop in Lazada. Everything went through without any hassles so I gave it to Lazada at that time. However, there were some major changes that made it all disappointing.

Just to give it a little more context, Lazada is an online shopping portal where anyone can buy almost all kinds of stuff you can think of. It’s considered as the “Amazon.com of Southeast Asia” and that means that it’s kind of a huge company, having covered Indonesia, Malaysia, Philippines, Singapore, Thailand, and Vietnam. Now, like I said, it’s a huge company. With that fact, and being an employee of an online company, I know that such growth means there are things or processes that are often “sacrificed” with the hopes of “improving”. From an employee’s standpoint, “overhauling” (or upgrading) how the entire system works would bring about a lot of adjustments and points to consider. This is a given. And most companies suffer from bungles that these upgrades bring.

To make the story short, Lazada apparently,  made some changes that were too obvious and that there was not even a transition period at all. The changes smacked me hard, right on the face. No emails, nothing that would let customers know of these changes.

We used to receive packages from Lazada via LBC. However, in December of 2016, I noticed that the items I ordered were delivered by 2Go. At first, I thought, maybe they’re short of manpower (LBC) and they used 2GO instead. Also, I honestly thought about Lazada bringing in packages using 2Go as LBC might have changed their “coverage” and 2Go can only deliver in our area now (we live in the province). But it looks like this is a permanent change as I’ve placed an order recently (March 6, 2017 to be exact) and one of the items were delivered using 2Go. The other item (there were two in a single order, from two different sellers), was successfully delivered, while the other one was not (more on this later).
Loading...

Though I like the fact that 2Go guys who delivered several items called before delivering the items, it’s a bummer to not have any tracking number. Yes, you read it right. NO MORE TRACKING NUMBER. While we used to be so excited tracking the location of our items online, this change is a complete 360⁰ turn. I even lamented about this on email when I contacted their support via their webform. It’s just so inconvenient, especially if you have other appointments or you have to go somewhere. You can’t leave the house since you don’t know, even an estimate, when the items are going to be out for delivery.

Another noticeable “tweak” Lazada has implemented would be the updates on the Order Details page. Before, I used to get emails about the phases which the items have gone through and which date those updates were posted. Take this order I placed back in 2015 as an example:

Now, it’s nothing like that screencap above. Regardless if an item is from another seller of if it’s sold by Lazada, I don’t get the same detailed view of the phases of the order. Check out the order details below. This is the most recent order I placed and this is the item that was delivered successfully:

See the huge difference? I know. The new system just sucks that it felt like customers are being left in the dark. You wouldn’t really know where the hell your package is already or if it’s been even processed at all. And, by the way, this might be, I think, what happened to the other item, a laptop battery (the one I really need–guitar accessories is my hubby’s stuff). I was really waiting for that one it’s the main thing I’ve ordered in the first place. But it wasn’t delivered. What went wrong there? Guess what? I.don’t.friggin’.know. I was only told that it “did not reach me due to delivery failure”.

For the customer support aspect, it was pretty obvious (I’m fond of contacting support of any company). Lazada’s a online shopping mammoth and is continuously growing. With the rate of the company’s growth, there may be the need to ramp-up or hire more people. The problem with hiring a lot of people is that the quality of training may not be as effective as when training fewer people. In this case, the quality of responses being sent out by customer support becomes less. And that’s where things might have gone wrong.
I’m not blaming the representative who gave me a super generic answer when I asked why the item was not delivered. Again, the reply I got was “the item did not reach me due to delivery failure”. It didn’t say WHY the delivery failed, it’s just relayed to me that the delivery failed. My speculations are: the rep is a newly-hired one, rep was in a hurry and did not check details, rep was just tamad (lazy), or their Quality Assurance team isn’t doing a great job in preventing things like this. The company should really impose high standards when it comes to their front-line employees. They directly interact with customers and it’s a must that they are trained well to provide great support. Apparently, based on the response I got, it’s not something that’s being reinforced (I could be wrong). Like I said, I don’t blame the representative. Lazada should really do something about this. This instance is what irked me the most, to be honest (It isn’t obvious, is it?).
I know that it might be unfair for them that I’m blabbering about this experience online. But I do hope that this feedback (aside from the one I sent them) reaches the people concerned. I’m an employee of a online company (not as big a Lazada though), and this is not how we treat customers.
While this latest experience I’ve got with Lazada isn’t so satisfactory,  I ain’t giving up on them. Not just yet. A lot of people are turning more to this online shopping portal (more growth) and I’m still hopeful that they’ll get their shit right.
Whew.
lazada Online Shopping review
Write comment
5 mins read