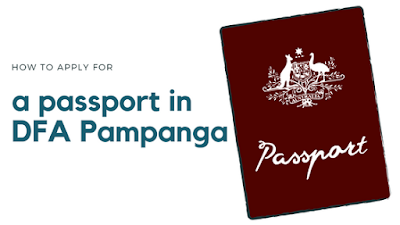 After getting delayed due to the recent transport strike, I finally got my passport processed. Yay! FYI, this is a new application (yeah, I’m already this old before I decided to get one–how irresponsible of me haha). I tried applying through DFA Aseana, and DFA Angeles (Marquee Mall), but then I was rejected twice already due to incomplete requirements.

After two failed attempts, I finally was able to have it processed. Never mind my rants previously. Haha. I was just so frustrated that it’s almost as if the universe does not want me to explore the other parts of the globe. It’s a good thing that those who had confirmed appointments on Oct. 16 and 17 are allowed to come back anytime until Oct 30th so I’m all good. Okay, so how was the entire experience then?

First off, I’d like to commend the whole DFA staff (including the security). Yay! They all made the whole ordeal of lining up seem so less than  when you have to enroll in a State U. From reminding applicants of what to bring and what to do, up to the last stretch (encoding), they all helped in a way I have never experienced in one of my previous applications (FYI, it was in DFA Angeles, back in March 2016–in Marquee Mall–where the guy who was supposed to “verify” the all my IDs and documents I brought didn’t even bother to look at them when I said I only have my old employment ID and other supporting documents. It was included in the list of acceptable IDs in DFA’s website). Some may have had the same experience as mine so I came up with this post to lessen that kind of situation, especially for those who had to travel several hours just to get to a DFA Consular Office.

Note: DFA Pampanga (2nd Floor, Robinsons Starmills, San Fernando, Pampanga), just like other DFA Consular Offices, only accept applicants with confirmed appointment dates. If you don’t have one yet, you may schedule an appointment here. However, if you belong to the following list with the corresponding proofs, you can utilize the PRIORITY LANE as walk-in applicants:

Aaanyway, this time I brought the following IDs and supporting documents (You may also find more about this through DFA’s page):

Loading...
Note: There’s a new list of valid IDs for passport application. Check them out here.
Before going to DFA, I had these all photocopied so I wouldn’t have to waste my time getting them photocopied on site (though there’s a photocopier inside DFA, it’s still better to prepare beforehand so you wouldn’t have to again fall in line). You may notice that I brought mostly old documents. This is for the verifiying personnel to be able to establish my identity’s and documents’ authenticity. I spent about an hour (or a bit longer) just waiting for my turn for document verification.
The guy who verified my documents this time accepted only some of the docs I brought. He filed the original copies. Those that were left to me were the photocopied ones. Here’s the list of the documents filed:
I was given a receipt which I paid for right away (I paid PhP 1,200–express–as it was a Saturday so I don’t have an option to pay for regular processing which is PhP 950) Read more about Passport Processing fees here.
On to the Encoding section, this was where the applicants’ photos, fingerprints, and signatures were captured. On this phase, I think I spent around almost an hour (there were express lanes for Senior Citizens and for minors 7 y/o and below so regular applicants had to wait for a bit more). There were actually a lot of capturing booths (19) so the lines move pretty fast. It’s just that there were a lot of applicants that day so it took quite a while.

After several hours, it was finally over. Since DFA Pampanga is a good 3-4 hour travel from where I live, I chose to have it shipped to me instead through LBC for an extra PhP 150.  The fare alone is more costly (around PhP 150 one-way), and to wait in line again for releasing made me tired just thinking about it, so I decided it’s much better to wait here at home. And besides, I can no longer afford to skip a day’s work since it’s going to be too busy by the time my passport’s released.

Alright! Hope this would help you in preparing for a new passport application. Please note that the experience may still be a bit different. Till next time!

Since I chose to have my passport mailed to me, a tracking/claim slip was given to me. Estimated  delivery date indicated was November 16, 2017. I was surprised that it came on a Saturday, November 11, 2017. Five days earlier than the date it was supposed to be delivered. Great!