Been blogging for quite sometime now, and I thought, “what if I try vlogging?”. You know, I’m a type of person who isn’t fond of talking a lot. Most of my family and friends could attest to that–and I’m mostly chatty only when I’m close to the person I’m with, so vlogging looks like a daunting task for me.

But you know, vlogging could be good or bad. Why? Like I said, I don’t talk too much, and I’m aftraid that if I do vlogs, I might just end up with videos with a lot of dead air. Not that I can’t edit it or something but let’s just say I like posting with minimal edits, hence the blog. Also, I just thought about it and realized that once a video has been posted, there’s no going back and editing. Unlike on blog posts, I can come back any time, in case there were some edits/updates needed. The good thing about vlogging is it’s a way of giving a “face” to the voices behind blogs. 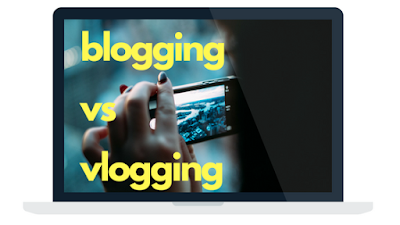 You see, YouTube or vlogging in general is one of the trendiest things on the interwebs now. A lot of people out there have made it as their career. Vlogging make blogging look like a thing of the past. Though I like watching videos about basically anything, I like the fact that I’m part of the audience. I have nothing against people who are jumping into the bandwagon. In fact, I laud them for having the guts to talk to a camera and spit their thoughts out for the world to see and hear. I’m also awed by their determination, making themselves (and their backgrounds) look great on camera. It takes a lot of effort, time, and resources, and that is something I can’t afford right now.

I guess that’s just me.

I used to work in call centers and talking is my primary source of income. I think it’s almost the same with vlogging, with a plus. People get to see who are behind these persona, and it’s pretty cool. It’s just that it isn’t for me. Well, I’m old-fashioned like that. I may not write really well, but hey, that’s what blogging is for, right? No rules or whatever. I write on my own terms, and I write whatever I want. Not closing any doors, or any windows either. I might try vlogging. Or not. But I have to look or think about compelling stories to tell via videos if I do. I definitely can’t do both, or at least dedicate time to make videos of interesting of helpful things such as tutorials. If I do it, just like what I do on blogging, it will be on my own terms and my own pace. For now, this is what I do. 🙂