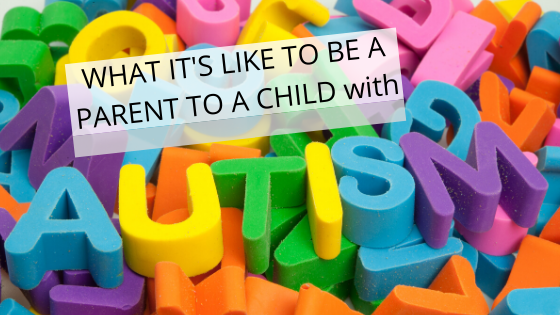 On some of my past posts, I mentioned that my son has autism. And I may have said a thing or two about my personal experiences, but haven’t really posted something that gives you a clear picture of what it’s really like. I assure you, that what you may have seen or watched online, could be the same or opposite of what it means, or how it really is, at least for me. Matt’s having been diagnosed with ASD (Autism Spectrum Disorder) changed our lives. It gave a whole new meaning to parenting. I’m sure whoever reading this who takes care of someone or is a parent to an autistic kid would agree.
Before having my own family, I never imagined being a parent, let alone to a child with special needs. NEVER. I was a kid myself, who’s angsty, a parent heartbreaker– the typical individual who thinks she knows and can do anything without guidance from her folks. That WAS me, my younger self who absolutely doesn’t give a f*ck about what other people think of me (I still don’t, up to this day, for personal reasons).
But as they always say, things change and it was a huge one for me. Let’s just say, I’m still that same person, only with a new responsibility and more challenges to face. I get that it may not be the same for other parents who have an autistic child, but we’ve been dealing with quite a number of crazy stuff:

I’d never really get used to getting stared at. Back in the day, I didn’t like being looked at, even more so being looked at longer than a mere glance. Especially if I’m minding my own business and never really bothering anyone. Now, we get more of this than ever. Kids with autism are awkward. Though with Matt’s case, he seems like the typical kid (he has Asperger’s Syndrome). But then, there are weird things he’d do like stimming (he has this quirk that he does by doing some weird hand gestures while putting those hands really close to his face), talks a bit louder than usual, etc. Yes, I understand that it is rather uncommon, but people just can’t keep themselves from looking longer than they should. I can’t really stop it from happening, but well…
Sometimes I don’t know if they feel bad for us, but there would be times that we’d get the “get-your-child’s-shit-together” kind of stare, and it just sucks. We’re trying so hard to raise him to be a good kid, and of course, we teach him manners. And it wasn’t even our choice for him to have that condition. I hope people would be more tolerant or understanding.

This lifetime situation we’re in might be a challenging one, but it’s not hopeless. You know what’s harder? To hear all words of pity disguised as words of encouragement. Being a parent to an aspie kid taught us to be tolerant, but I gotta tell y’all, it gets old. It’s getting to a point where it’s so annoying already, and I’m getting tired of hearing so much B.S. I sound like an ungrateful b*tch, I know. But please understand that pity is not what we need. Like any other person, we need to be seen for who we are or what we can do, and not because of the situation we’re in.

I know I’ve already tackled this bit briefly in one of my older posts about how things don’t work the way other people expect. But I’m going to mention it again anyway because this is still part of what we have to deal with raising a kid with special needs. It may seem for others that we’re pretty lax as parents because our kid acts up. Oh boy, if there’s anything I’m not doing, it’s cooking. People outside the family or my circle of friends don’t really see how strict we are as parents. And just a subtle note, it ain’t acting up. It’s called meltdown which goes hand-in-hand with autism. It is something that can’t be “fixed” by discipline. It can be managed, yeah, (and we’re trying our best to teach Matt how he should behave) but not really cured. And it can’t be changed by judgy onlookers either.

WE DREAD GETTING OLD AND NOT BEING THERE ANYMORE

Uhh, I know this one is quite depressing when you really think about it. I mean, who doesn’t think about what life’s going to be for our kids when we get old or when we’re gone? Life is hard enough for a lot of normal people. I can’t just imagine how a lot more difficult it would be for a person with a disability. How would our child get a job if he couldn’t communicate his thoughts like a normal person would? How would he be able to get through job interviews, or traveling by himself? Our families are here to help, but we can’t just shake that bad feeling that things are not going to turn out well if we’re not here anymore.

SOME SEE US AS SUPER HEROES

While it feels good to hear that we’re such “awesome” parents as we’re facing these challenges head-on every waking day, we don’t really have special powers or capes to be looked up to. We’re just ordinary parents with an extraordinary kid. I know it takes a lot to raise a child on the spectrum, but I feel that giving us praises like we’re some kind of superheroes is just a little overboard. Our kid is different and that puts us in a different situation. But we’re no different from any other parent who is working just as hard to raise his/her kids the best way s/he can.
asd autism blogging parenting randomthoughts work from home
Write comment
5 mins read